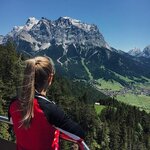 The ‘Bergbahnen Berwang’ is investing in upgrades worth millions, and has been building new, family-friendly gondola lifts and chairlifts since 2019. Work to modernise the resort is due to be completed in 2025, but just looking at what’s been done in the last two years is enough to show that the changes will be momentous.

The ‘Thanellerkarlift’ ski lift in Berwang is very popular. It’s long and leads to one of the highest points in the Berwang ski area. Red slopes – considered advanced intermediate – are higher up, with the easier blue slopes lower down. More important than the difficulty level, though, is the fact that the lift is on the sunny side of the Thaneller mountain, on good days making any kind of skiing a real pleasure. The only drawback is that there may then be queues at the entrance to the lift.

The aim: easing the pressure on the ‘Thanellerkarlift’ in Berwang

With the Berwang ski area being so popular, especially among families with children and beginners, these queues are becoming more frequent. Guest numbers have risen steadily over the years, and the ski lift technology, some of it dating back to the 1960s, was reaching its limits. The ‘Thanellerkarlift’ in Berwang, a T-bar lift, was especially at risk of becoming a problem. ‘T-bars have never been easy for kids and beginners to navigate, which results in ever-longer queues as more and more people turn up,’ says Florian Singer, managing partner of Bergbahnen Berwang.

Easing this situation was a key aspect of the modernisation works planned for the ski resort, and last year produced the ‘Thanellerbahn,’ a child-safe six-seater chairlift. It runs halfway up the old T-bar lift’s route, covering the lower, easier slopes of the Thaneller mountain. In other words, it’s where most families spend their time.

This is also reflected in the technical equipment of the chairlift, which has individual seats and weather protection covers. An adjustable conveyor belt makes it easier for very small children to use the lift, while the seats themselves are fitted with guards and a safety bar between the legs, ensuring that no one will slip off. ‘And a six-seater will never leave the bottom terminal until the guard has actually engaged,’ says singer. The ‘Thanellerbahn’ can carry 2,600 people an hour, twice as many as the old T-bar lift. 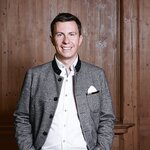 At the heart of the upgrades in Berwang is the ‘Obere Karbahn,’ a detachable ten-seater gondola lift. Over two sections, it will run on a new route from the car park for the Egghof Sun Jet six-seater chairlift to the ‘Obere Kar’. That’s around 100 metres higher than the previous lower terminal of the ‘Thanellerkarlift’ in Berwang. The first section, which ends at the ‘Biligkopf,’ was completed in 2019 and can carry up to 2,400 people an hour.

Another advantage of the ‘Obere Karbahn’: ‘Up till now, the only way to get from Egghof Sun Jet to the “Thanellerlift” was with the Bilig T-bar,’ says Singer, ‘which became a bottleneck as the number of skiing courses grew.’ The first section of the ‘Obere Karbahn’ solves this problem thanks to the future middle station next to the exit of the new Thaneller chairlift. The Bilig lift, now obsolete, has been dismantled.

New buildings in the ski resort

In addition to the lift upgrades, the Berwang ski resort is investing in the quality of its slopes. New and modified slopes, additional avalanche barriers and blasting systems, and snowmaking systems that can reach up to 90 percent of all slopes are gradually being built. As are new buildings – such as the B-Active Center at the Egghof car park built in 2019, with a sports store including ski rental and storage, an office and children’s catering room for the Berwang Ski School, indoor ticket offices for the Berwang cable cars, and public toilets, including baby changing facilities. The completed, soon-to-open middle station of the ‘Obere Karbahn’ will expand a mountain restaurant in the coming years.

Successful modernisation thanks to 25-million-euro investment

‘We wanted to make things much more comfortable for our guests,’ Singer says, describing the motivation behind the comprehensive upgrades to the resort area. What’s been completed is already a significant upgrade to the Berwang ski area, and by 2025, when the modernisation programme is finished, the 25-million-euro investment will be even more noticeable. To follow by then is the second section of the ‘Obere Karbahn,’ the demolition of the redundant ‘Thanellerkarlift,’ and the new mountain restaurant in Berwang. The outlook is bright, then.

Want to know even more about the ten-seater gondola lift in Berwang? Then read on in the Grenzenlos visitor magazine.

Go back to overview

How is a hiking map made?

What are you looking for?